"An Amazing Fellowship of Love" 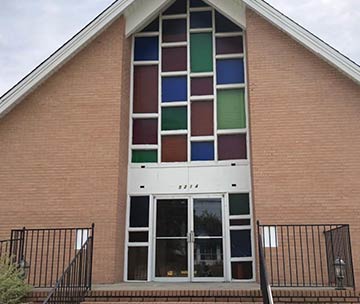 With great spiritual insight, divine direction and inspiration from God, the Laurel Street Missionary Baptist Church was founded in early 1931. The young congregation had its first meeting in a home in the 2005 block of laurel Street for the first three months. Growth then necessitated a move to the corner of Gates Street, now known as Park and Devine Streets. Services were held at this location for approximately three weeks. The search then began for a permanent location which resulted in the purchase of a two story home located at 611 Laurel Street. After recruiting members, the home was dismantled, board by board, and every scrap was saved to build the new church. The foundation for the Laurel Street Missionary Baptist Church was laid on April 1, 1931, and the facilities were completed May 31, 1931. The church continued to meet at this location until May 1, 1988, at which time was renamed "New Laurel Street Missionary Baptist Church". The first services were held on May 1, 1988 and dedication services were held on May 29, 1988.

In 1931, the late Reverend Albert Ingram was chosen as the first Pastor. The following persons were co-organizers of the church: Deacon Eddie Green, Deacon Taylor, Sister Hattie Ryans, Sister Mamie Sesley, all now deceased and Sister Cora Lee Ryans, who served faithfully for over 69 years until she departed this earth , September 13, 2000.

On March 10, 1986, Reverend Dr. Charles E. Graham was selected as the seventh pastor. Under the leadership of Pastor Graham, four deacons were ordained, five deaconesses consecrated and a junior deacon board was organized with the installation of five junior deacons.

Reverend Charles B. Jackson, Jr. was installed as our ninth pastor on November 23, 2003 and is currently serving God and His people here at New Laurel Street Missionary Baptist Church. Under Pastor Jackson's leadership the following new ministries have been added to the church's program: Welcome/Hospitality, Children's Church, Seniors, Outreach, Healthcare, New Members, Education and Enrichment, Publicity, Young Adults, Sports & Recreation, Celebrate Recovery, Safety & Security and Evangelism. The Young Women's Auxiliary (YWA) was revived and the Praise Dance Team was revived and renamed to Dancers of Divinity.

The church has undergone the following renovations at the current location: downstairs restroom, kitchen, parking lot repaved, an added restroom upstairs, replacement of the Richard Ravenel Fellowship Hall tables and chairs. Seating has become more comfortable with the installation of new cushions on the pews, new carpet and a new air conditioning unit. In April 2008, we dedicated our new sanctuary doors. We also purchased a bus and blessed to pay it off in 2014. On February 21, 2016, through much work and dedication and by the grace of God, we celebrated paying off our church mortgage with a mortgage burning ceremony.

Under Pastor Jackson's leadership we gained several associate ministers. Our ministerial staff continues to evolve and grow to include the ordination of Rev. Abraham Salley in 2009, the licensing of Rev. Fred Smith in 2010, Rev. Tammie Anderson in 2010 and Rev. Ryan Brown in 2013. The addition of Rev. Michael McCoy, Minister Quintesa Davis and associate ministers Rev. Jeffrey Howard, Minister Darryl Kemp and Rev. Reginald Vaughters. Our current ministerial staff is Rev. Damion J. Brown, Rev. Abraham Salley, Rev. Ryan Brown, Rev. Tammie Anderson and Rev. Reginald Vaughters. Truly we can look back over the years and say, "Look Where He Brought Us From"!